Disney Cruises are one of my favorite things and my recent Southern Caribbean cruise on the Disney Wonder certainly didn’t disappoint! Seven nights sailing the Caribbean from San Juan, Puerto Rico with stops at the islands of Antigua, Saint Lucia, Curacao, and Aruba resulted in my best cruise experience yet and will be hard to beat. White sand beaches, seashells galore, crystal blue waters, a lush rain forest, even cacti! I’ll hit the highlights as I fondly look back on the new memories I made during this trip.

The cruise began in San Juan, Puerto Rico. Now, I know what you’re thinking. Puerto Rico? Wasn’t the country demolished by Hurricane Maria? Yes, they definitely have had an unfair share of destruction and hardship as a result of Maria last fall. Yes, there is a large portion of the country that is still reeling from the affects of the storm. San Juan itself is recovering and open for business. We had zero power, water, communications, comfort issues, etc. during our stay. Taxis were running, restaurants and hotels open, airport operational, you name it. The countries that were devastated by the hurricanes last fall need tourism to return to sustain their livelihoods so it is important for all of us to get down there and help the residents rebuild their lives.

Back to San Juan. Lovely place. Lots of beautiful architecture, sunshine, and smiling people. I would gladly return to explore more of the city and outlying areas in the future. But alas, the Disney Wonder was calling. The ship set sail late into the evening and we were on our way to Antigua. My oh my, Antigua. That’s somewhere else I’d happily return. My activity for the day was an excursion to the western coast of the island to Castaway’s Beach Restaurant. The restaurant fronted an amazing beach where we were able to relax and play, only breaking for lunch, until time to return to the ship. So, this beach. Wow. Crystal blue water, white sand, more seashells than you could ever dream of collecting… pure beach fantasy. I thought the beaches in the Turks and Caicos were pretty but man, they have a definite contender in Antigua. 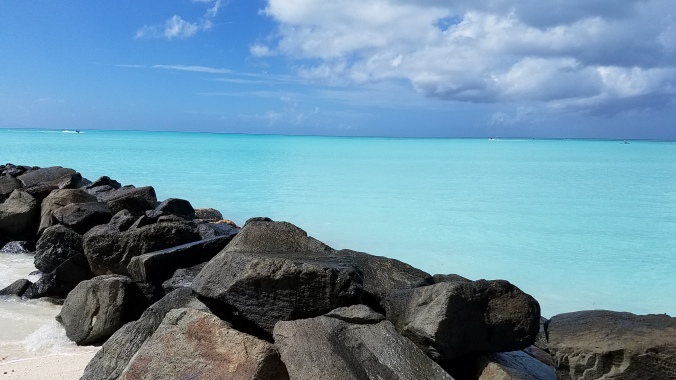 It was almost painful to pack up and leave that beach but we had to keep moving. The next port was Saint Lucia. Saint Lucia is shockingly green. We’re talking lush, green rain forest as far as the eye could see. I was set to venture into a rain forest to enjoy an aerial tram tour up to the top of the forest. Not sure what to expect, I was overwhelmed by the peacefulness of the forest ride. The cool air with a light breeze, soft sounds of the trees, and occasional squeal of a zip-liner, made for a delightful journey. The height we achieved on the tram was astounding and being able to look out across the forest to the gigantic ferns and strangler ficus trees, waterfalls, and streams blew my mind. It felt like we were at the top of the world, and what a beautiful world that was. 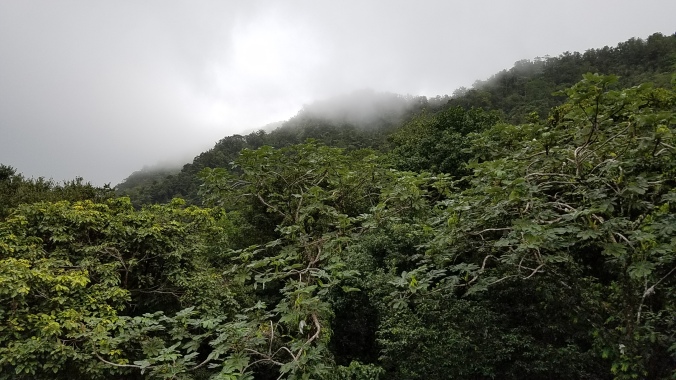 After leaving Saint Lucia, we had a day of rest as the ship traveled on to our next port. Days at sea on a cruise can be filled to the brim with activities or turn into days where you lazily hang out at the pool and watch movies on the funnel’s screen. Of course, we had to catch a few movies on the big screen in the Buena Vista Theater (Thor: Ragnarok and Star Wars: The Last Jedi) plus Coco on the bigger screen in the Walt Disney Theater. There were many movies viewed on the pool deck’s funnel screen though, that’s for sure. While my family snacked on ice cream (ice cream is endless and so, so good on the Disney ships), I setup GototheMouse’s portable office on the pool deck and worked away into the evenings. It is super handy to be able to pack up and work from wherever I need to, although admittedly a little more movie time would have been fun.

The following day, we awoke in Curacao. Curacao is a Dutch Caribbean island and that was easy to detect based on the distinct building coloring and architecture. What a beautiful island! This was the first time Disney had ever sailed, on any ship, to Curacao and the local tourism officials were treated to a celebration onboard to commemorate the milestone. We spent the day at the Sunscape Curacao resort and, while I likely wouldn’t return there for a future stay, it was nice to enjoy their infinity pool and visit a new (to me) resort. The port in Curacao was very modern and many vendors selling non-“Made In China” wares, so that was refreshing. A short proximity from the pier was a Starbucks, so another ‘You are Here’ mug was added to my collection. (I love those things!) 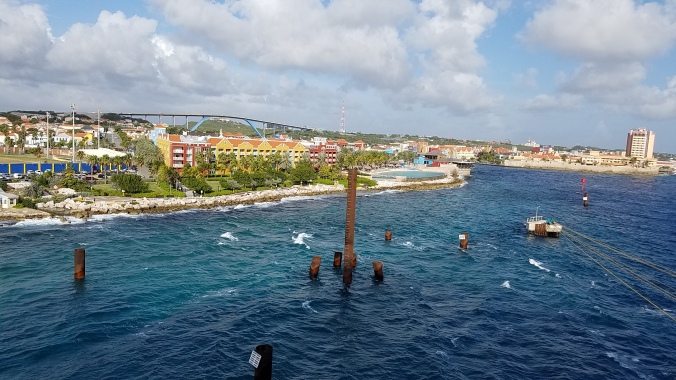 Next up was Aruba. Aruba, Bonaire, and Curacao are known as the ‘ABC Islands‘ and although we didn’t stop at Bonaire, I would love to visit that one too to see how different it is from Curacao and Aruba. Aruba is very ecologically interesting. It has natural bridges formed from pounding surf, cacti, Divi Divi trees, clear blue water, and white sand. The island group is very close to Venezuela in South America, for a point of geographic reference. Aruba is also a Dutch island and very modern. We spent the day at a private island on the West Coast of Aruba called De Palm Island.  This island is comprised of an all-inclusive day experience (no lodging) with water slides, snorkeling, beaches, banana boats, zip-lining, and so much more. I enjoyed snorkeling with huge schools of the most beautiful tropical fish, picking up even more seashells, watching a giant iguana and several smaller iguanas sun themselves, and had a tasty lunch. This was my favorite excursion with the beach in Antigua being a very close second. With a view like the one below, who would complain? 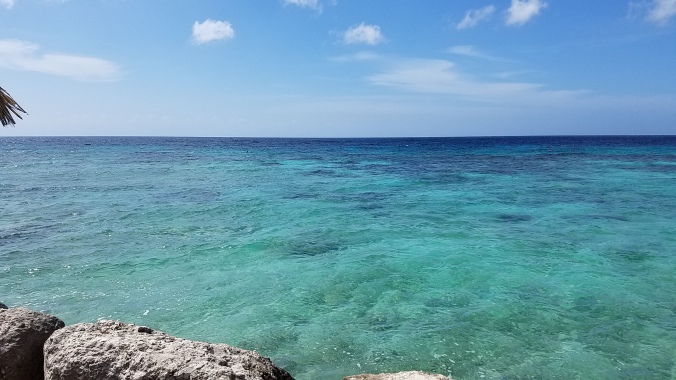 After a late departure from Aruba, we enjoyed another day at sea before returning to San Juan to fly home. Yes, more movies and ice cream plus some shopping and pin trading with the ship’s officers. Pin trading is huge on the Disney ships, just as it is in the theme parks — maybe even more so.

I can’t wait to be back onboard the Wonder and booked my next cruise for 2019. Where will I sail to next? Stay tuned and you’ll find out! In the meantime, there are plenty of other trips in the works for 2018 that I’ll be sharing throughout the year. Looking back at my blog, I missed posting about a wonderful getaway to Hilton Head Island in South Carolina over Thanksgiving and a quick trip to Washington DC to enjoy “A Christmas Carol” at Ford’s Theatre. It looks like I’ve been slacking but I’ll do better in 2018. I keep my bags packed… do you?