It was back to the Walt Disney World resort for me and the kid in late July! We spent several days in the Florida sun trying out even more new things on this last trip. How is that possible, you ask? Disney is ever-changing and no matter how many times you go (even in a row), there’s always something new to do. So let’s talk about what was new this time!

It’s amazing to watch how the construction is progressing at Disney on a variety of projects like the Riviera Beach resort being built near Caribbean Beach, the tower at the Coronado Springs resort, the entire Skyliner (gondola) system, and even the new attractions in Epcot. The Guardians of the Galaxy ride in Epcot is really starting to take shape. It looks to be HUGE! You can see its frame going up in the photo below, look for Spaceship Earth (the big ball), then the tree to the right. On the right side of the tree, you’ll see the Guardians ride building. Crazy how big that is compared to Spaceship Earth! Can’t wait for that one! 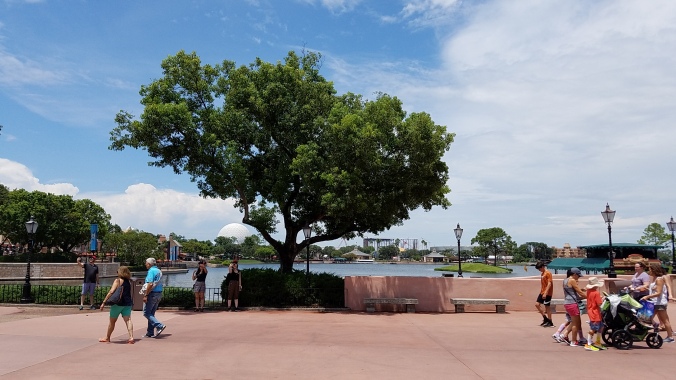 To the right of the tree, you’ll see the frame of the Guardians of the Galaxy attraction building!

That’s it for now! Catch me next time…