It’s been awhile since my last post… you certainly didn’t think I have been sitting at home on the sofa, did you?  No way!  It’s the end of April and I’m seriously slacking on posting updates to my blog this year.  Such is the life of a busy travel planner though!  I was on both coasts last month with a business trip to Disneyland in early March followed by a family trip to Disney World at the end of the month.  Let’s recap, shall we?

Disneyland in California, Walt’s original.  Love it there.  Can never say that enough.  If it wasn’t such a long flight and a three-hour time difference, I’d be there much more often.  This was my third trip out, first alone, and it did not disappoint.  I stayed at the Disneyland Hotel during my visit for the first time, previous trips were at the Grand Californian resort.  I’ll tell you, I really enjoyed the Disneyland Hotel and will definitely stay there again.  The authentic Disney feel there was unmistakable.  Zero complaints.  Perfect weather, gorgeous resort, impeccable theme parks, and I even got to experience the California Adventure Food & Wine Festival before it officially opened.

My room at the Disneyland Hotel.  That headboard lights up with fireworks and plays music!

While this was a business trip and I spent a good bit of time touring resorts and learning more about the West Coast House of Mouse, I had a phenomenal stay and am so glad I was able to participate.  Touring two of the five signature suites at the Disneyland Resort, The Big Thunder Suite and the Adventureland Suite, was amazing.  If I had the cash, I’d be in those for the night in a heartbeat.  Unfortunately, I think one night would be pushing the fiscal limits of a typical week-long visit. 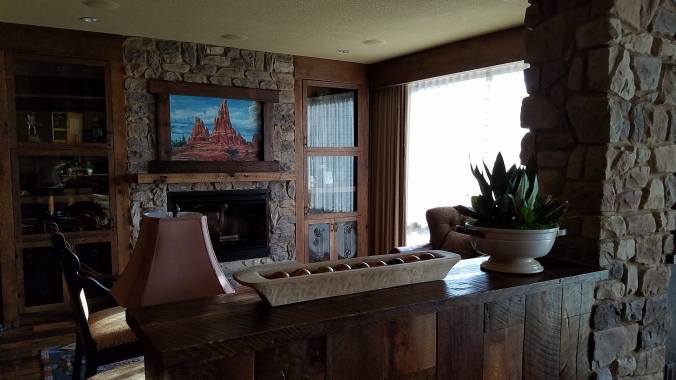 The living room area in the Big Thunder Suite.

The parks?  Yes, they were as delightful as always.  My only regret was that Pirates of the Caribbean was down for refurbishment during my visit.  That is my fave!  And sorry Disney World, Disneyland’s Pirates ride is SO much better! 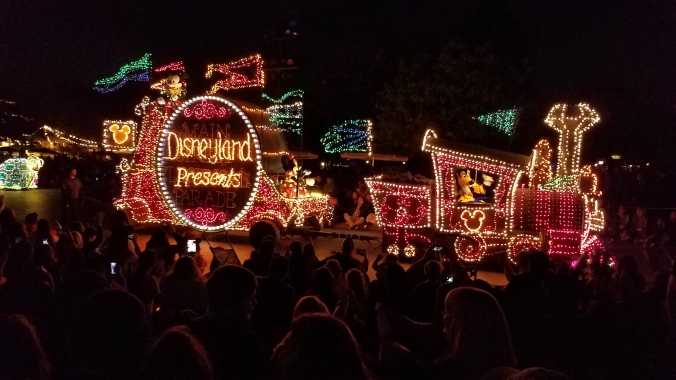 The Main Street Electrical Parade returned to Disneyland earlier this year after being at WDW for over 20 years.

After a few days of hard work (and some time change confusion), I was back on a plane to the East Coast.  Two weeks later, I was packing the van for a trip to Walt Disney World…